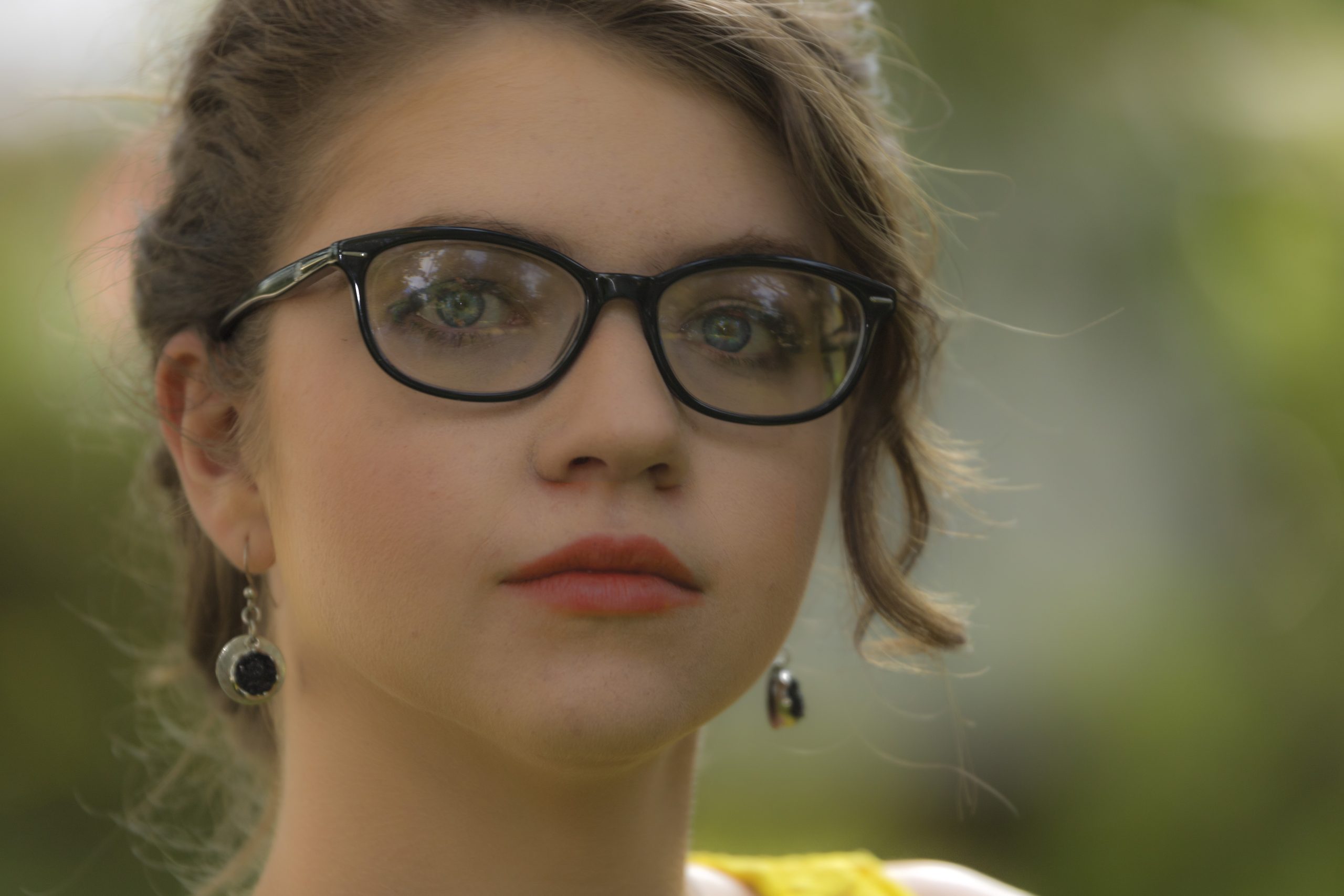 It was morning. Or it was evening.  Igigik Jane really had no idea. Her head hurt, and she had the worst taste in her mouth, like hot sauce and asparagus mixed with clamato juice. at least that what she thought it would taste like.

“My Goddess, I’ve had a roofie colada…”she muttered. she tried to move and her servos whined at the labor. She remembered attending a big blowout party for Psychobear since he had attained the illustrious “Level 50” tag on his Super Hero Licence, what ever “Level 50” meant. she knew it meant Big Shot, and thats about it.

“Shhhhhh. Keep it down,” a voice whispered. She tried to see, but she could barely see her own claws in front of her. She knew that voice. It was GreenBear, the same Hero that saved her from herself after her rather disastrous deposit in this strange universe. She had been in a death-lock with her enemy, Dr. Phractal, when he used his porting technology to rip into this alternate universe. She was very confused for a while still locked in the death match in her mind. It took his calming presence to snap her to reality, and his training to learn about this strange universe that was her home now. She might be a proud Yup’ik woman, but she called Paragon City her home.

“Where are we?” she whispered, trying to crawl to the voice. It was a difficult crawl, made worse by the robotics that substituted her arms and legs. She had been forced to wear these after Dr. Phractal fashioned them for her after a bear mauling that brought them together.

“We are in a cave, kiddo, but other than that, I’m not sure. I’ve got this horrible taste in my mouth, did you try to kiss me again?”

“Haa haa. One mistake at the Yule party a year ago, and you’ll never let me live it down, will you?”

“Nope. Now, hush. I thought I heard something, besides your big ass feet.”

She stopped aware of her own breathing, she thought she heard…. no. it couldn’t be….

She leapt to her feet claws extended. she knew the soft whistling tune that was just coming into hearing. Bach Toccata in D minor. Only one person that she knew casually whistled that tune.

“Who’s he?” said GreenBear. Light was filtering into the cave that they were in slowly and he became aware of whistling; some tune, it was very strange tune. A white haired man walked in, looking like a laboratory scientist than something that should turn Ig into the killing machine that she looked like now.

“Ah. At last we meet again, for the first time, for the last time.” he stopped, shook his head, then continued “You are my guests now, and I although I only wanted Jane, I seem to have trapped another ICON fighter. Welcome, I am Dr. Phractal. I know of you, GreenBear, from my access to the AXIS database. You have been a pain in our sides for a while, and I think I will be highly regarded when the rest of them learned that I have dispatched you.” His laughter echoed in the dimly lit cave, and had a quality that smacked of insanity.

“Well, I stopped by to bring you some lunch, here you are…” Several shambling undead sauntered in from around a bend carrying trays of what looked and smelled of rancid food. It was placed in front of Dr. Phractal and they sauntered back from where they came.

“As you see, I have learned some tricks of my own. I have tried to create more of you, but I’m afraid there is only one. Now, I have you. Now eat please, and I will be back. Don’t bother trying to leave, the gravity field that my associate has generated will keep you on that side of the room. The food is sufficient to sustain your health, although I understand it is… less than appetizing. Jane Qawalangin, you may join me if you desire for lunch. No? So be it. I will return. Ta!”

“Charming fellow, Jane! JANE! come back!” Ig had made a dash after him, claws extended, and had ended up face first as she crossed the gravity threshold. Her servos whined as she struggled to get up, but GreenBear grabbed her by the foot and dragged her out of it. She stood and her eyes brimming with tears, she looked at GreenBear, her mentor.

“What the FUCK did I do to deserve seeing him again? Why the FUCK can’t I get rid of him? Why isn’t he THE FUCK dead yet?”

“Yeah… that will help…” Ig looked exasperated, She scanned to poorly lit tunnel to see that there was an end, and that damned gravity shelf, they seemed rather trapped. the thrust her claws past the area that she had fallen and could hear the servo in her arms whine with the effort. “Goddess, I don’t want to see that asshole again. I want him dead! He gave me these” she threw her mechanical arms up in frustration, ” and then he thinks that he loves me, and how could I like him at all? He’s revolting. He has no morals, he cares for nothing but his work…”

“Ah there we go…” GreenBear said. He looked at her. “It’s a little upgrade Anthelios gave us, he did yours, didn’t you get the email?”

“No, I’ve been getting spam about influence for dollars. I don’t check my email that often.”

“Well, it’s an emergency beacon that signals the base and flashes our GPS position on all of the bases monitors.”

There was a flash of light. A rocky presence appeared in the back of the cave.

“Gargog noticed the beacon. Do you need assistance?”

“I couldn’t have asked for a better person to help us. Yes, Gargog, we need your help. can you TP us out of here? We seem to be stuck for the moment.” GreenBear had a slight smile. He knew that AXIS was a supergroup to be afraid of, but they lacked one thing, loyalty. He turned back to Ig. “See? Even Gargog read his email.”

“I know. can we get out of here, please Gargog?”

“Well, Gargog wanted to pound on some squishy things, but this will be fine. Get ready. Gargog gets to do something.”

With a flash of light he was gone. Ig could hear the whistled tune echoing off the rock walls as she felt the familiar tug of a teleport; she held her panic and braced herself swelling the terror that always pre-empted such a movement.

Ig was throwing stuff in a bag in her office, as Greenbear strolled in.

“There’s a new group in town called the Vanguard. I’ve signed up to do a tour in the Rikti War Zone.”

GreenBear sat heavily in the chair. He had seen something coming, but not this. she had been distant and moody when anyone was near her, and although the Rikti were more of a menace now, he didn’t see this as a good thing.

“I am.” she said and sat in the chair opposite of him.” And i always will be an ICON. but I need to do something. I need a change. Clear my head. that sort of thing. I’ve told you all the things that Dr’ Phractal did to me while I was in the Hospital back on Earth, and seeing him again brought back all kinds of bad memories that i didn’t want to face. You and Gargog have helped me get my head straight and trained me in the ways of this universe. I have learned so much from you and will always thing of you as my big brother, and teacher. But I feel like I’m missing something. It’s only a short tour, and maybe it’ll get my head back into this whole weirdness that I live in now. I need… I…”

Sobs wracked what was left of her body. Servos compensated.

“I’m not the same Jane I was 2 years ago. I was a simple girl in a simple town next to a simple river. When that bear mauled me, I thought I was done. When I awoke in Anchorage, I thought I was in the hospital, but I wasn’t. I was in his lab. he told me that i was perfect, that i was his prize, that he loved me. but i saw what he did in that lab. It was horrible. All the cloning and partial abominations, and all he had to say was ‘ It’s for science. Why can’t you see that?’ ”

Her claws extended and retracted. Again and again. he put his hand on hers avoiding the claws.

“Jane, thats over. You are here. You are a SuperHero. You do good things, and you have grown as a person. I am proud of you. But if you need to do this, then do it. Just… come back, will ya?”

They laughed and hugged.

“Tell the others for me, ok? And if they need help, just do the thing on the card. I’ll be there.” she turned and walked out.

Igigik Jane had stopped by the Icons Tailor Shop and gotten a new hairdo. She wanted a change, and it was drastic. Her lustrous black hair was now golden and fell over her shoulders onto her chest. “You look like a movie star”, Serge had said. Well, she didn’t care about all that, she just knew that she looked different. Her signature purple was changed to brilliant blue and she had tried to talk him into some different arms and legs, but he couldn’t change something that was developed with “alien technology” he called it. Always the reminder of Dr. Phractal.

Her wings beat the air as she flew to the Vanguard office building south of the Atlas statue. She was going to miss her teammates, but she knew this was what she had to do.

“Step over here, Igigik Jane. I need to check your clearance.” said the Vanguard Security Officer. “You need to see Levantera after you go through the Paragon Transport System.”

Greenbear walked out from his Dojo. The newest class of Academy Cadets were shaping up fine, and although they’ve had a few cullings, none of the ones that were left were terrible. The Navigator sent them to him for training which was fine by him, as he really like teaching the new cadets what ICONS was about. Anthelios greeted him as he made his way down the hall to his office.

“Green, you have a letter. It doesn’t have a return address. But with the hydraulic fluid smell, I assume….”

“I don’t know…” he took the letter and continued to his office. He sat and opened the letter carefully. He had been hoping for news from Jane. 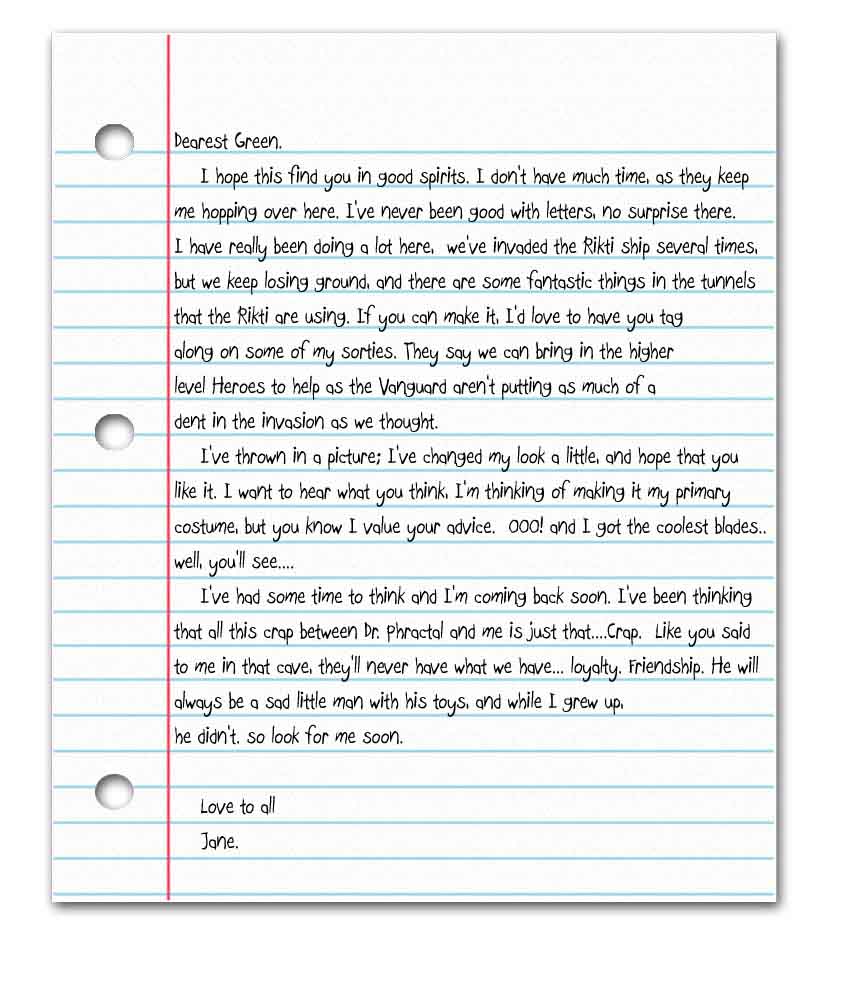 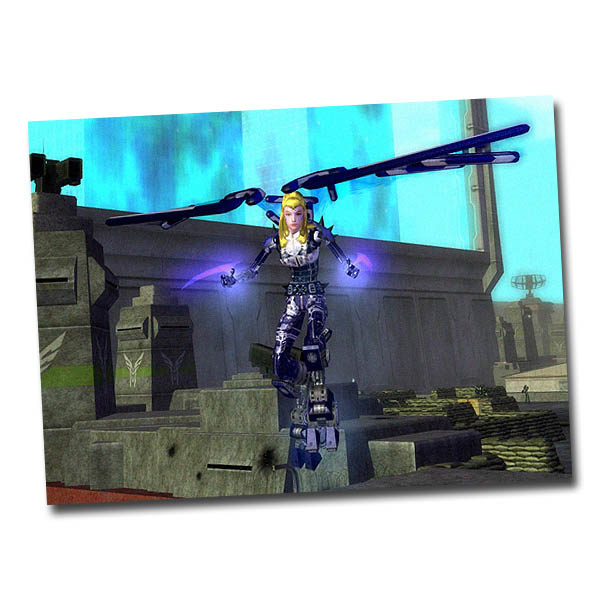